As per the widespread legends, Lord Rama is considered as the seventh incarnation of Lord Vishnu, who took an Avatar to annihilate the demon king Ravana. Rama is known for his stainless personality and matchless simplicity. Shri Ram is one of the popular gods of Hindu religion. He was effulgent like the sun, in forgiveness like the earth, in intelligence like Brihaspati, in frame like Vasava, in prowess like Indra. Victory of Rama – The Legend The stories and glorious deeds of Lord Rama are renowned throughout the world. Here we will discuss the story of victory of Rama over Ravana, the demon. According to Ramayana, Diwali celebrates the return of Ram, an incarnation of Lord Vishnu and the eldest son of King Dasharath of Ayodhya, from his 14-year exile with Sita and Lakshman after killing the Ravan, a demon king. The people of Ayodhya lighted the kingdom with earthen diyas (oil lamps) and fireworks to celebrate the return of their king. The legend of Rama says, Lord Rama was the seventh incarnation of Lord Vishnu. He was a great warrior King. His father Dashratha, the King of Ayodhya sent him to exile along with his wife Sita and his younger brother Lakshman, on his wife’s (Kaikeyi) insistence. After 14 years of exile, in which he puts an end to the demon Ravana, Lord Rama returned to his Kingdom Ayodhya. Ravana caged Sita and enforced her to marry him but she didn’t agree to this. Lord Rama with the help of Hanuman, Sugreev and Bali and their “Vaanar Sena” attacked Lanka and after a severe battle, got Sitaji released from the control of Ravana. After this victory of Good over Evil, Rama returned to Ayodhya. According to the legend, people welcomed them by lighting rows of clay lamps in Ayodhya. Great celebrations were held and everyone was happy for Rama to be the King of Ayodhya. This celebration took place on the night of the new moon of Ashwin (October-November). From that day onwards; people celebrate this occasion as the most delightful festival of India and of the Hindu Religion. Even today Diwali celebration means -happiness, fireworks and sweets. Thus the festival of diwali is an honour of Rama’s victory over Ravana.

Who is Parasurama?
WHO WAS SHRI HANUMAN JI 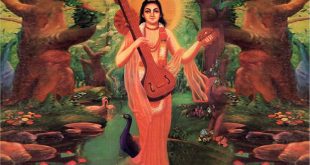