“Ram was and is for real. He was born on January 10, 5114 BC,” Saroj Bala, IRS, Commisioner of Income Tax says, calmly, with the assurance of one who has tangible facts.

Taking on the contemporary historical interpretation of Ramayana as a religio-literary text, and Lord Ram as a semi-mythical figure, is this unassuming person who zealously devotes her spare time to research in history when she’s not playing the tax mandarin.

And she has chosen the unusual combination of astronomy, Internet and literary texts to provide us a startling picture of Shri Ram. This might change the way we look at history and religion. We might refuse to begin reading Indian history from that comma, or hyphen called ‘Indus Valley.’ We might have to stretch the beginnings by a few thousand years because, as Saroj Bala says – Ram was born on January 10, 5114 BC.

Excerpts of an interview with the lady who has the intellectual courage to go beyond the obvious:

What got it all started…

As an amateur historian, I’ve always been interested in Indian culture and heritage. I am proud that we’re Indians and the products of one of the oldest civilisations. However, British rule changed us; we developed a sense of being somehow inferior.

But I could never reconcile to theories like the theory of Aryan invasion to India in 1500 BC. That would make Indian civilization only 3,500 years old.

And if you choose archaeology to dig beyond 7,000 years, you’d have to dig more than 60 metres – something not being done in India as yet. So, archaeology is not the only answer. There’s a lot of objective research of another kind that needs to be carried out in earnest.

My colleague Pushkar Bhatnagar of Indian Revenue Service is the real originator of this theory. He acquired a software named Planetarium, used to predict planetary movements and configurations.

By entering in this software, precise details of planetary positions vis-a-vis zodiac constellations described by Maharishi Valmiki in the Valmiki Ramayan, it is possible to determine important dates starting from Shri Ram’s birth-date to the date of his return to Ayodhya.

The results have not just thrown up Shri Ram’s date of birth; it has actually traced the entire sequence of incidents throughout Ramayan.

Pushkar Bhatnagar starts with tracing Ram’s birth. Then he moves ahead in the narrative. Valmiki Ramayan states Ram was 25-years-old when he went to exile. When the configuration of planets described at this point is fed into the software, the date thrown up matches perfectly with Ram’s age at that juncture of his life – 25 years.

Again in the 13th year of Ram’s exile, during a war with Khar and Dushan, Valmiki describes a solar eclipse. The software proves that on that given day there was indeed a solar eclipse (with Mars in the middle). This solar eclipse and the particular configuration of planets could be seen from Panchavati (longitude and latitude plainly shown in the software).

In the Sunderkand, when Valmiki describes Hanuman crossing the sea and returning from Lanka to Rameshwaram, he gives details of 8 constellations. Usually, one can see not more than 6 constellations at a given point of time. But since Hanuman was flying across, and it must have taken him approximately 4 hrs to get there, he could see 8 constellations – in two hours one constellation would have moved out of sight and another become visible. So, in a period of 4 hrs he saw 8 constellations!

After researching on Shri Ram, I do believe he’s a man who walked the earth in flesh and blood. There is an essential difference between the Valmiki Ramayana and the Tulsi Ramayana. Tulsidas was a devotee who looked up to Ram, but Valmiki was a contemporary. Valmiki has written Ram’s life-history, as a biographer does – he’s a contemporary of Ram, and this is not very different from what happens all over the world. Kings have always had their life-history written. 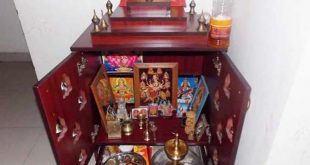