Lord Hanuman
Lord Hanuman ji is considered most powerful God in Hinduism . He is innermost figure in Greatest Epic Ramayana . He is incarnated as eleventh Rudra Avatar (Incarnation of Lord Shiva) to assist Lord Ram Chandra in Treta Yuga .
He is one of the seven Chiranjivis. He fulfilled many tasks with his enormous divine and physical power. He was the strongest of the strong , wisest of the wise, and bravest of the brave.
He had the power to change himself any form he wished; He could swell his body to an enormous extent and to reduce it to the length of a thumb. He jumped and crossed Indian Ocean in one leep. He was the destroyer of Rakshasas ,devils ,ghosts and evils.
He was the terror of Rakshasas. He was well knower of the all four Vedas and other sacred books.
His other famous names and meaning are below
Balaji :
KesariNandan :Keari is father of Hanuman
Pawan Putra : Son of Air
Marutinandan : Maruti refer here Air and Nandan means Son So Son of Air (Vayu)
Hanumante :
Anjanaye : Son of Mother Anjana
Vajranga : Having Body as Heavy Stone.
Mahaveer : Bravest and Strongest person .
Sankat mochak : Means reliever from troubles
Lord Hanuman Ji Birth and Childhood:
He was born at the most propitious hour of the morning of the 8th of the Lunar month, Chaitra month of hindi calendar , at 4 o`clock on the most blessed day, Tuesday.
Swallowing The Sun :
Once time Lord hanuman ji was terribly hungry and there were nothing to be eaten . he saw a
Red color thing in sky . he thought it must be a tasty juicy ripe fruit and wished to eat it . he flew away in sky and reached near the sun in his extremely large form . indra took this impossible sight and thinking him as a devil , attacked on him by his vajra (powerful weapon of him) on the chin. Hanuman got unconscious and fell down on ground.
Lord Pawan Dev saw wounded hanuman and he stopped all wind steaming of universe angrily. Soon it was impossible to breath . it looks all creatures was going to end without air. He picked up hanuman and reached to a cave.
All Gods including Brahma ran to the cave after knowing who he was . They realized their folly. Lord Indra muttered some mantra and rolled back the effect of vajra . Hanuman saw gods standing with folded hands. They praised and gifted power one by one to lord hanuman.
Now pawan dev was happy and they released back air in universe.
Argent Devotee of Shri ram :
he is most dedicated devotee of Lord shri ram . his life , his breath even every drop of his blood praise shri ram . His Life main aim and only aim to serve and praise of shri ram . Hanuman saw Sri Ram and laxman for the first time in Kishkindha when they were in serach of goddess sita whom Ravana had carried away.
He was an intimate friend of Sugriva and army minister of him.

He was messanger between shri ram and goddess sita when she was kidnapped by ravana. 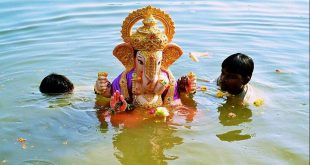