All India Akhara Parishad president Mahant Gyan Das on Friday took a fresh initiative to evolve a consensus for an out-of-court settlement of the Ayodhya issue.

Hashim Ansari, one of the oldest litigants in the Ayodhya case, and various parties to the case gathered at Gyan Das’ residence on his invitation.

In the hour-long discussion, the participants decided that they would meet regularly for an out-of-court settlement under the leadership of Mahant Gyan Das.

A regular exercise would also be undertaken under the leadership of justice Palok Basu’s representative Mahant Janmejay Sharan to gather representatives of all 17 concerned parties on a platform for negotiation.

This the second attempt by Mahant Gyandas for a settlement. The first one was initiated by him immediately after the Allahabad high court verdict on September 30, 2010. That joint attempt by Gyan Das and Hashim Ansari in October 2010 fizzled out due to the strong disagreement of the Vishwa Hindu Parishad (VHP) and the Sunni Waqf Board.

In the meantime, former Allahabad high court judge justice Palok Basu proposed a four-point formula for a peaceful solution and launched a signature campaign in its favour.

After the meeting on Friday, Gyan Das told HT that a sincere attempt would be made in the next two months for an amicable solution.

He added that behind the scenes, each party considered negotiation the only way to resolve the issue, but nobody was willing to make a public statement because of their stated positions so far. He also said that his aim was to find an honorable and acceptable solution.

Hashim Ansari said that after the high court verdict nobody was willing to go to the Supreme Court, but they approached the apex court nonetheless to save their prestige. He added that the ultimate solution to the issue may appear through negotiation and not a court decision.

He also said he believed that the fresh initiative under the leadership of Gyan Das may bring a peaceful solution that was acceptable to both the communities.

On his part, Swami Chakrapani said that this group would work for the harmonious resolution of the issue and would put the outcome of their efforts before the Supreme Court for consideration. 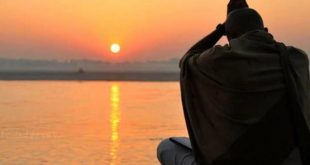