Tulsidas (Devanagari: तुलसीदास, Hindi pronunciation: [t̪uls̪iːd̪ɑːs̪], also known as Goswami Tulsidas), was a Hindu poet-saint, reformer and philosopher renowned for his devotion for the god Rama. A composer of several popular works, he is best known for being the author of the epic Ramcharitmanas, a retelling of the Sanskrit Ramayana in the vernacular Awadhi. Tulsidas was acclaimed in his lifetime to be a reincarnation of Valmiki, the composer of the original Ramayana in Sanskrit. He is also considered to be the composer of the Hanuman Chalisa, a popular devotional hymn dedicated to Hanuman, the divine monkey helper and devotee of Rama.Tulsidas lived permanently and died in the city of Varanasi. The Tulsi Ghat in Varnasi is named after him. He founded the Sankatmochan Temple dedicated to Hanuman in Varanasi, believed to stand at the place where he had the sight of Hanuman. Tulsidas started the Ramlila plays, a folk-theatre adaption of the Ramayana. He has been acclaimed as one of the greatest poets in Hindi, Indian, and world literature. The impact of Tulsidas and his works on the art, culture and society in India is widespread and is seen to date in vernacular language, Ramlila plays, Hindustani classical music, popular music, and television series.

Tulsidas was born on the seventh day of the bright half of the lunar Hindu month Shraavana (July–August). Although as many as seven places are mentioned as his birth-place, most scholars identify the place with Rajapur (Chitrakuta), a village on the banks of the Yamuna river in modern-day Uttar Pradesh. His parents were Hulsi and Atmaram Dubey. Most sources identify him as a Saryupareen Brahmin of the Parashar Gotra (lineage), although some sources claim he was a Kanyakubja or Sanadhya Brahmin.
There is difference of opinion among biographers regarding the year of birth of Tulsidas. Many sources rely on Veni Madhav Das’ account in the Mula Gosain Charita, which gives the year of Tulsidas’ birth as Vikrami Samvat 1554 (1497 CE). These sources include Shivlal Pathak, popular editions of Ramcharitmanas (Gita Press, Naval Kishore Press and Venkateshvar Press), Edwin Greaves, Hanuman Prasad Poddar, Ramanand Sarasvati, Ayodhyanath Sharma, Ramchandra Shukla, Narayandas, and Rambhadracharya. A second group of biographers led by Sant Tulsi Sahib of Hathras and Sir George Grierson give the year as Vikram 1589 (1532 CE). These biographers include Ramkrishna Gopal Bhandarkar, Ramghulam Dwivedi, James Lochtefeld,Swami Sivananda and others. A third small group of authors which includes H. H. Wilson, Garse De Tasse and Krishnadatta Mishra gives the year as Vikram 1600 (1543 CE).
The year 1497 appears in most current-day biographies and in popular culture. Biographers who disagree with this year argue that it makes the life span of Tulsidas equal 126 years, which in their opinion is unlikely if not impossible. In contrast, Ramchandra Shukla says that an age of 126 is not impossible for Mahatmas (great souls) like Tulsidas. The Government of India and provincial governments celebrated the 500th birth anniversary of Tulsidas in the year 1997 CE, according to the year of Tulsidas’ birth in popular culture. 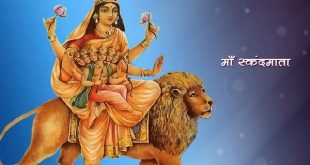