Historical step in Sanatan’s mission related to protection of Dharma

With the grace of Bhagavan Srikrushna and inspiration from H. H. Dr. Jayant Balaji Athavale, ‘Sanatan Hindu Dharma-Deeksha Kendra (SHDDK)’ is being set up on 5th March 2014 for converted Hindus who wish to come back to Hindu Dharma and non-Hindus from other countries who are interested in adopting Hindu Dharma. It will be a historical step in the mission of protection of Dharma undertaken by Sanatan Sanstha.

The purpose behind setting up of SHDDK is to prevent conversions of Hindus and propagate Hindu Dharma ! On 5th March 2014, the first ceremony of purification of converted Hindus will take place thus founding SHDDK. Later, many non-Hindus from other countries who want to adopt Hindu Dharma, will be taken under Hindu Dharma.

‘Dharmatma’ Deval Rhushi who started the movement of purification of converted people based on ‘Smrutis’, Shiva Chhatrapati, the founder of Hindvi Swaraj, who purified Netaji Palkar, Swami Shraddhanand who intensified the movement of purification in North India to fight against conversions, Swatantryaveer Savarkar, who fought against conversion in jail through purification and ‘Dharmabhaskar’ Vinayak Masurkar Maharaj who released Hindus from conversions made by Portuguese in Goa are our ideals in this purification movement. We are sure that we will keep these great personalities as our ideals and carry on the historic ‘Dharma-karya’ through SHDDK.

Giving up own Dharma (note) and adopting another religion has been considered as a sin in Hindu Dharma; but it has not been said by ‘Dharma-shastrakars’ that a person would forever be kept away from Hindu Dharma (note) once he took up another religion. There is a provision of atonement to overcome this severe sin. There is ‘Vratyastom Sanskar’ prescribed in ‘Atharva Veda’, besides guidance is available on this purification sanskar in holy books like ‘Manu-Smruti’, ‘Yadnyavalkya-Smruti’, ‘Deval- Smruti’ etc. Moreover, scholars of ‘Dharma-shastra’ have clearly stated that sin of converting to another religion and refusing purification to a converted person wishing for it without any compulsion to do so, is equal; therefore, Hindus should undertake purification drive !

Swa. Savarkar has said that drive of purification is not only religious but also political. H. H. Masurkar Maharaj has said that bringing back converted Hindus under Hindu Dharma (note) and thus relieving them of forceful conversions is more auspicious task in present times than undertaking pilgrimage to Kashi. Purification drive of converted Hindus should therefore, be intensified. Conversion of Hindus is more grave than destruction of temples; because destroyed temples can be re-built but converted people may not come back; in fact, their descendents will become fanatic Hindu-haters and they will destroy new temples. This vicious circle has to be stopped and Hindus have to take oath of purification of the converted.  As per the saying of Samartha Ramdas Swami   – देव मस्तकी धरावा । अवघा हलकल्लोळ करावा । मुलुख बडवावा कि बुडवावा । धर्मसंस्थापनेसाठी ॥ (i.e. for establishment of Dharma, one should surrender to God; do everything possible like cajoling, persuading, admonishing etc.), Hindus should blow conch for purification all over Hindustan. Sanatan Sanstha has blown conch through SHDDK. Your cooperation in this mission will be your duty towards Dharma (note) !

WHO WAS SHRI HANUMAN JI
The Guru Principle 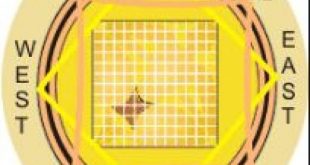